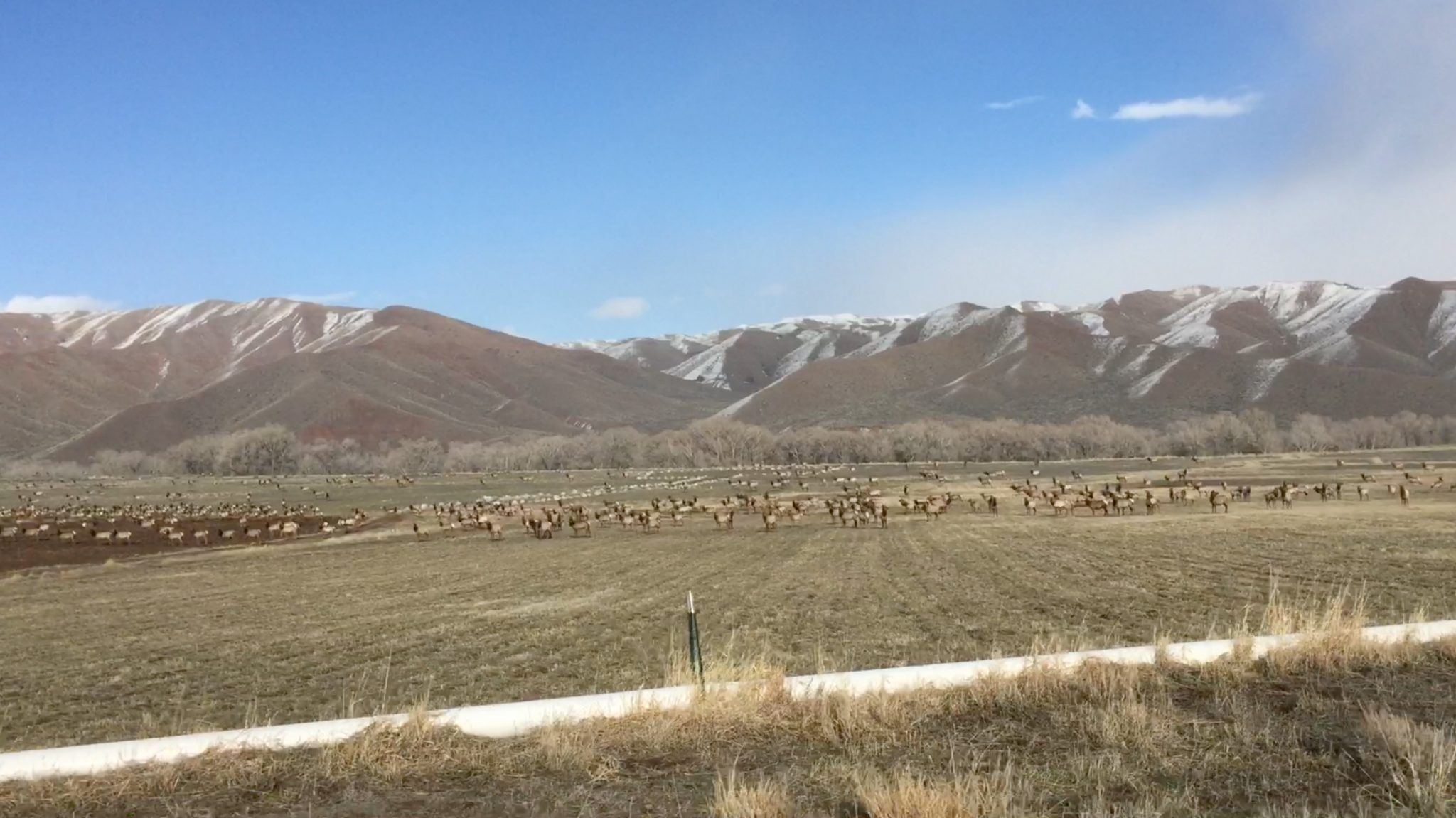 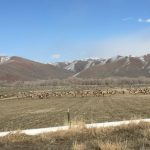 This valley is less inhabited then it was when it was originally homesteaded in the early 1900s and we’re very fortunate to be surrounded by tens of thousands of acres of National Forest, Indian Reservation and wildlife habitat. The land closest to us is preserved as a wildlife habitat by Wyoming Game & Fish with the main idea that the lands are available to elk during the winter months.

While riding in June we’ll sometimes see cow elks with their young but for the most part elk are pretty elusive during the summer months. During the winter months we’ll see huge herds in the fields that flank East Fork Road but mostly in the early morning dusk. It was really unusual to come across this huge herd of elk in April and especially in the late afternoon. The number of elk captured on the video was a fraction of what we saw. It was truly a spectacular sight!