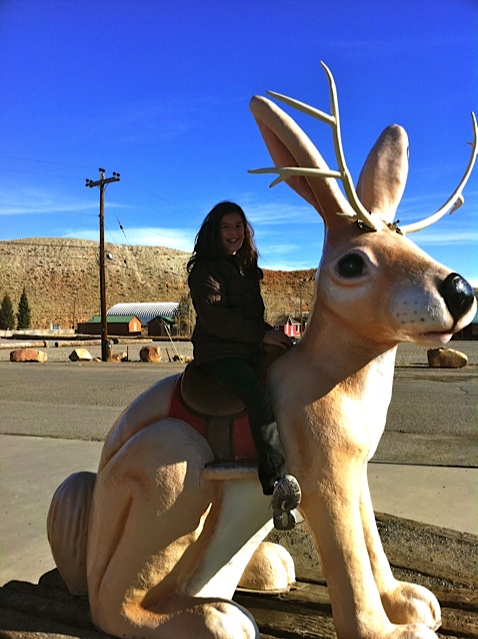 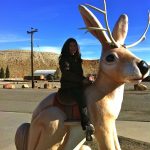 Today I noticed that the #2 attraction in Dubois, according to TripAdvisor, is the Giant Jackalope.  If you’re driving to the ranch from Jackson you’ll be lucky enough to pass right by it giving you the chance to snap some photos of you and your loved ones riding the jackalope. Sure to impress and astonish your friends back home.

A little background on the jackalope for those of you who are not familiar with this amazing creature. The jackalope and Wyoming have strong ties to each other. The first American to claim a jackalope sighting was John Colter, a member of the Lewis and Clark expedition, in the vicinity of what’s now Douglas, Wyoming. The connection was further reinforced in 1939 when two brothers residing in Douglas, Wyoming decided to mount deer horns on a stuffed rabbit and began selling the mounted rabbits to the public. These jackalopes were so popular that by the late 40s the town of Douglas declared itself to be the “Jackalope Capital of the World”.

More recently House Bill 149 was resurrected by the Wyoming Legislature which would declare the jackalope the official mythical creature of Wyoming. Mythical? Does that mean all hope of a jackalope sighting out on the trail is dead? I’ll still keep my eyes open.