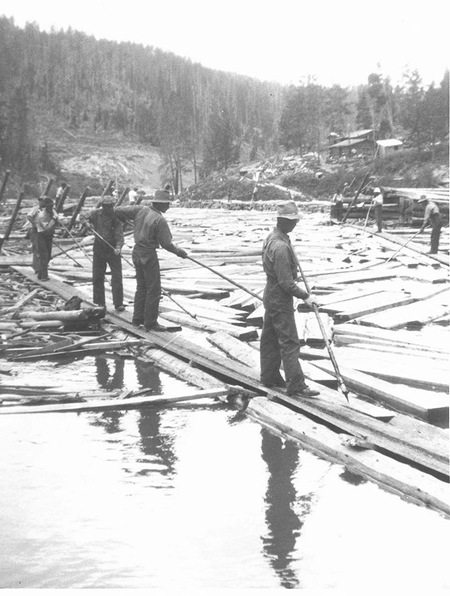 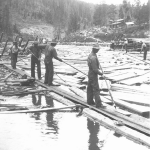 We received this press release from the Wind River Visitor’s Council and thought we’d share it. The Swedish Smorgasbord is is a fun annual event in Dubois that’s going on this Saturday, June 15th.

The Swedish Smorgasbord celebrates the legacy of the Scandinavian tie hacks that cut cross-ties for the railroad industry for over forty years in the national forest of the Upper Wind River Valley.  The ties were cut throughout the winter and gathered along creek banks awaiting the spring floods.  Once the spring melt-off began, the ties were driven into the water and floated 100 miles via flume and the Wind River to the railroad terminal in Riverton.  As the ties were driven down stream, the tie hacks gathered at camps along the river banks and ate traditional Scandinavian food cooked in Dutch ovens.  Passers-by on the highway stopped and joined the tie hacks in these meals and turned the gatherings into celebrations.

When the railroad ceased logging in the Upper Wind River Valley, Lydia Olson (wife of Wyoming Tie and Timber Company woods boss Martin Olson), joined with members of the St. Thomas Church Guild to continue the community tradition.  The community potluck featuring traditional Scandinavian food was first held in 1948 until the early 1990s.  The Dubois Museum Association revived the tradition in 2004 as part of Dubois’ 90th birthday celebration.  This year’s event features live music, homemade food, a viewing of the re-mastered National Forest Service film of the last tie drive, and a pie raffle.

Tickets for the 2013 Swedish Smorgasbord are $12 for adults and $8 for children and are available at the Dubois Museum, Dubois Chamber of Commerce, Headwaters Center, and Water Wheel Gifts. For more information phone the Dubois Museum at (307)455-2284.